How to protect your fruit trees from birds

If you own a garden, particularly those with fruit trees, a lot of problems may arise. One of these problems are birds. They would just love to pick fruits from your trees and eventually, if there would be a lot of them then all the fruits will just be taken away. There may be some common solutions like scarecrows, wind chimes, reflective tape and plastic animals but what if neither of them worked? What if they just worked for a while then eventually, the birds just keep on coming back all of a sudden? 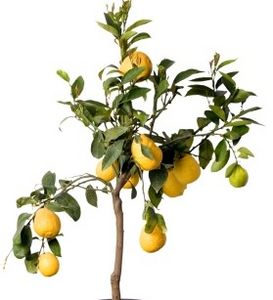 It seems like birds have a tendency to become much braver as time passes. At first, they will get scared of the scarecrow you had just placed over your yard but as time passes, you’ll notice that they’re just sitting on its shoulder. What if you thought that giving an entire tree to them would be a solution but as you notice, they still seem to get a lot of fruits from the other trees until there’s none left for you to harvest? Well, having birds on one’s yard can also be pleasing to one’s sight as you see them fly over and sing their songs but then, when it comes to your fruit trees they seem to become a nuisance.

First things first, I think you should just give this birds and alternative on where you would want to feed them. make them a small house made up of wood and place it near the yard or near your house. Then go to the local pet store to buy some bird seeds and place them inside the small bird houses. Eventually, the birds might get used on eating the seeds. Though it might be an add-up to your budget, at least your all of your fruits won’t be eaten and taken away. And besides, these birds can also be of great help to your farm. They can add up to its pleasing ambience and relaxing atmosphere.

Those bird netting stuffs which can be bought at the local store won’t do as it will only kill the birds and you don’t want that to happen. You just want them to atleast leave your fruits alone. But then, there is this some kind of netting device called the tulle. It is a much different bird netting but the holes are too tiny and it won’t suffocate any birds, just enough to keep them away. It’s also much cheaper and much more affordable than bird netting.

And now with this, you won’t have to worry about birds that eat your fruit. And at the same time, you will be free from guilt and worries as it is guaranteed safe and much more effective.