How to Eliminate a Second Mortgage

Because of the economic downfall, people are having a hard time keeping up with paying their mortgages. For this reason, it is not unusual to find some people to have a second mortgage. However, a second mortgage is not really a way out of the debt. There are even several people who end up losing their property or filing for bankruptcy just so they can eliminate a second mortgage. One good way to get away from this situation is a thing called Chapter 13. 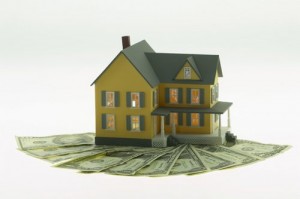 According to the law, a Chapter 13 case is capable of removing an entirely unsecured mortgage. This can also help you save your home from a probable foreclosure. At the same time, it will also help get rid of your second mortgage obligations as well as repay your past due mortgage debt. The court has the capability to remove an individual’s second mortgage once the initial mortgage has been determined to be greater or equal than the home’s value. In addition, if home owners can prove that there is a negative equity on their home, their second mortgage can be considered as a low priority unsecured debt which is separate from the first one.

In order to eliminate a second mortgage, here are some of the necessary steps that need to be done:
• A negative equity on the home must be determined. This can be done by having the true market value of the home appraised by a professional. This appraised value should then be compared with the individual’s current balance due on his first mortgage.

• A Chapter 13 Bankruptcy Petition must be prepared. Along with this petition, the individual’s monthly expenses and statement of income must also be submitted. In addition, the other forms that need to be submitted are the statement of financial affairs, list of assets and liabilities, a copy of the repayment plan and also a proof of completion of credit counseling.

• The petition must be filed with a local bankruptcy court. If the individual has no time to do this, he can have his attorney do this in his behalf. Once the petition has been filed, a motion for removing the second lien should also be filed. The court will then schedule a hearing during which the court will deliberate on separating the motion from the rest of the filed bankruptcy. When this has been granted, the second lien holder will be directed by the court to remove the lien.

So that the process to eliminate a second mortgage will be approved, the individual needs to attend his confirmation hearing as well as present his repayment plan to the court. Once the plan has been granted, payments must be made to the trustee or straight to the creditors. In order for the second lien to be completely removed, the terms of the repayment plan should be satisfied within the 3-5 year time period permitted by the court. On the other hand, if the individual does not qualify for the Chapter 13 case, they can consider Chapter 7 as an alternative.