How to protect garden from frost

Plants are creatures that love the lush warmth of sunlight. It gives them the energy to grow and the key element to complete photosynthesis. That is the main reason why cold climates do not promote plant growth much, although there are many kinds of plants that can withstand cold extremes. If you’re keeping a garden at home, the last thing that you want to happen would be your plants to get frozen. How does one protect garden from frost anyway? 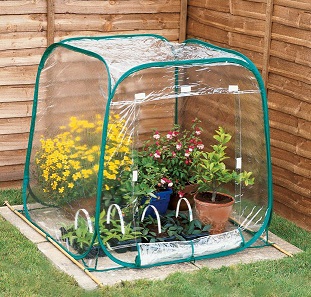 If you live in a relatively cold region of the world, chances are you may have been keeping frost-resistant plants already. As we have mentioned earlier, there are also plants that can withstand the colder better than other plants. This is the first step you have to take to protect your garden from frost. However, if you have plants that are not frost-resistant, and you’re still far away from the harsh winter, then its wise that you switch to frost-resistant plants as soon as you can before you throw all of your precious money in the trash bin.

For the next step, make sure that you have watered the entire garden thoroughly before nightfall. This may sound a little weird, because water usually absorbs heat from anything that it clings into. This strategy is usually done to ensure that the plants won’t reach critically low temperatures, by letting the soil release the moisture around it to keep the surrounding temperature at a constant level, or at least slow the entire cooling process. This measure is important to be done especially if a “frost attack” is imminent, if ever you want to ensure that your plants survive the devastating attack.

Temperature is never kept at a constant rate when molecules are constantly moving. Using this knowledge we now know that keeping the air stagnant during these cold seasons brings the plants to a dangerous level near being frozen. Shake the temperature up by providing a way to keep the air moving around. Letting an electric fan sit in front of the plants is a good way to keep air from settling and totally cooling down the soil.

Another better alternative is to use the same temperature keeping analogy to heat up the garden. As we have known, stagnant air directs the temperature into a single direction. If there is still a significant amount of heat left in the garden right before dusk, you may set up a large covering or a tent-like structure to preserve this heat throughout the evening. Make sure to let them breathe in fresh air and sunlight during the next day though.

Potted plants should always be moved indoors before the night sets in. These plants are generally more susceptible to frost due to its smaller contact with the soil (only soil inside the pot), and because the roots are left exposed by the pot. If you can’t bring them all indoors, at least cover the lower and underside of the pots using proper insulating materials to keep them warm.