How to Eliminate Smoke Odor

Smoke odor is an established health risk as well as the smoking habit per se. There have been reports that there is an existence of third hand smoke. Thus, this is the smoke that finds its way to your home. These can be found in the smell of your home, from carpets to clothes and even your breath. 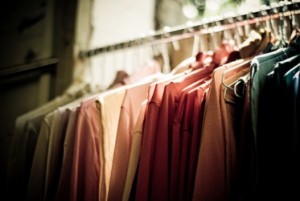 Having guests in your house or going out for a special night can actually make you think about cleaning out your homes or clearing the smell of smoke. It is especially for children or elderly guests. There are actually three sources of smoke odor eliminator – nature, your kitchen and the corner convenient store.

Let us primarily check on the three most places where you would need to eliminate the smoke odor and also how to eliminate smoke odor.
• First, in you carpets. The carpets are the perhaps the biggest cloth piece in your homes. This is where the odor runs deep. The carpet should also be able to contain much of the odor. Natural odor cleanser like baking soda can reduce a large portion of the smell.
o At night or before you leave for work, sprinkle some amount of baking soda directly to the carpet. This will ensure that the soda will sit in. When you wake up I the morning or when you return from work, you should vacuum it out. You may also want to do it twice before your guest arrives.
o Hydrogen Peroxide plus Listerine mouthwash will also make the carpet smell better. Put a little Hydrogen Peroxide into a small bottle of mouthwash then after sharing pour them out. Suck up the mixture in the carpet after 30 minutes using a shampooer vacuum.
o Supermarket also have a specialized smoke reducing spray, one of the best includes Febreze. Just spray directly into the carpet, sometimes this can be used for upholstery.
• Second, in your clothing. Sometimes even if you are a non-smoker, smoke odor may still stick to your clothes. Clothes would actually require some special steps than the usual washing. You may need to soak them up using hot water and then add Arm & Hammer laundry brand detergent. This should be dried in high heat and with a fabric conditioner.
o You may also use grated 1/3 cup of a bar of Ivory soap and then add it to a half cup of washing soda with a half cup of borax. Your local supermarket may also offer mountain fresh scents to eliminate smoke odor.
• Third, for your breath usual tooth brush and mouthwash may actually not be enough. Targon Smokers Mouthwash may be found in your supermarkets, it is a specialized mouthwash for smokers.
o There is also an Arm & Hammer brand baking soda toothpaste coupled with any brand of mouthwash. You may also use baking soda in brushing your teeth. In some cases, Hydrogen Peroxide may also be used as mouthwash. Read instructions on how to eliminate odor.

Smoke odors may be hazardous for your health, so make sure that you can clean them out every once in a while. Some use The Bad Air Sponge to prevent the smoke from coming back.